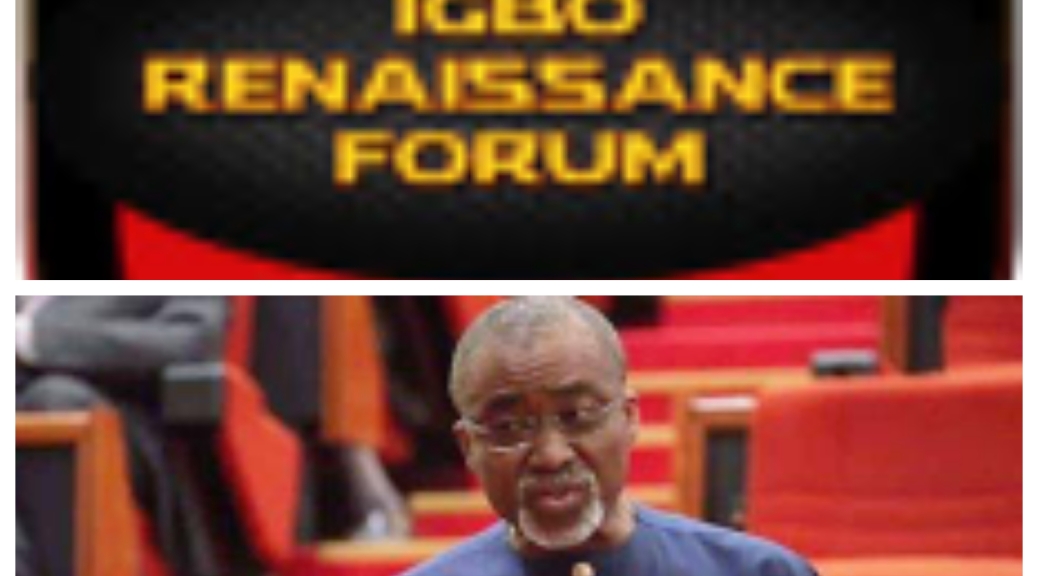 IRF in a Press Release frowned at an information circulating in the social media that the Senator is against the coming of Chinese doctors to Igbo land.

Signed by its International Coordinator, Nze Ugo-Akpe Onwuka (Oyi) and made available to Jungle Journalist Media Limited, the statement, the statement wondered the goal of the proponents of the said information, while noting that the faceless scoundrels behind the message even went as far as claiming that the Senator berated other Igbo political leaders, and eulogized Nnamdi Kanu.

It read; “The Igbo Renaissance Forum would want to use this medium to send a very strong warning to those who have preoccupied themselves with sending out fake messages on social media in the name of Senator Enyinnaya Abaribe, the Senate Minority Leader to stop henceforth.

“We do not know what these people concocting these LIES want to achieve.

“We place a very high premium on Senator Enyinnaya Abaribe, who has so far distinguished himself, both as a Senate Minority Leader and a typical nwa afọ Igbo.

“We shall not fold our arms and watch as such unfortunate falsehood targeted at tainting his person and creating unnecessary controversy that would distract the Honourable Senator at this time that we are all trying to contribute our genuine efforts towards containing the rampaging COVID-19 PANDEMIC barraging through nations.

“Those behind these fake news should desist from such shameful action”, it concluded.