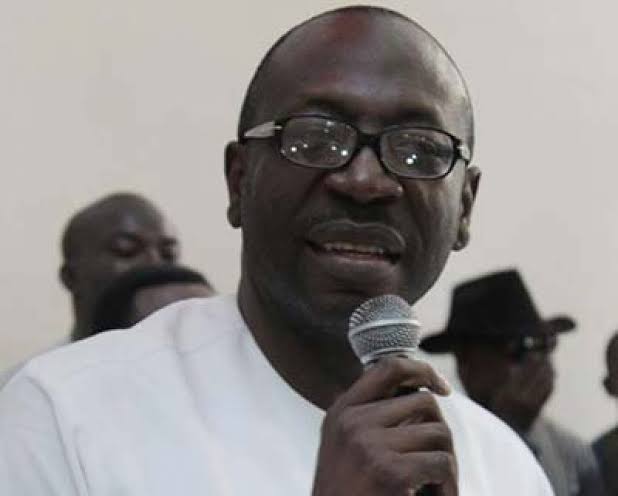 The frontline aspirant of the All Progressives Congress in Edo state, Pastor Osagie Ize Iyamu, has called on the Edo state government to halt the taxation of businesses in the informal sector and offer fiscal support to farmers in the state against the onset of the rains to ensure food availability and derived income as part of the measures he presented in a live broadcast to aid the government in the fight against COVID-19.

Speaking via his social media platforms, Pastor Ize Iyamu says the state government can do more to offer relief to residents who are feeling the pinch of the restrictions imposed in the state to halt the spread of the disease.

He urged the government to relax its lockdown restrictions to breathe life to the local economy and instead carry out wider testing for quick identification and isolation of infected persons, maintain social distancing in crowded public spaces such as markets to prevent spread, and support health institutions in the state for effective management of the situation.

He said: “We also urge the government to increase the state’s testing capacity by embarking on widespread testing across the state. In this regard, the government needs to follow the example of Lagos State and follow through in its promise to increase testing capacity by opening more testing centres across the state’s three senatorial districts. At present, information available to us show that there is no testing going on in Edo North Senatorial Zone of the state. Even in the Capital city of Benin, no tests have been carried out several weeks after the confirmation of the first case of COVID-19. This is worrisome because without sufficient and widespread testing, it will be difficult, if not impossible, to discover asymptomatic cases of the virus and ensure that positive cases are effectively separated from virus-free people. This step is crucial to flattening the curve and obtaining data that could guide the government’s deployment of resources instead of using a scattered approach based on speculations”.

“As a further measure to ameliorate the negative impact of the pandemic, we urge the state government to suspend daily taxation of business owners in the informal sector, through-out the period of the pandemic. Apart from helping to cushion the effect of the pandemic for such business owners, the freeze on taxation will leave small businesses with enough cash-flow to continue in business in these difficult times. This will have positive multiplier effect on the state’s informal economy, which as we have identified, is the mainstay of our people.”

“We urge the government to articulate an aggressive policy response to ensure that with the onset of the raining season farmers in the state are encouraged, through fiscal intervention and agricultural extension services, to increase food-crop and animal production across the entire state. In this regard, we urge the government to reach out to all stakeholders in the agricultural sector with a view to quickly formulating the necessary policy intervention in the agricultural sector of the state in response to the pandemic. The overall objective is to ensure wide-spread availability of food during and after these anxious times.”

Pastor Osagie Ize Iyamu also urged the government “to initiate and encourage the mass production of protective gears and sanitary products such as face masks, protective gloves, and hand sanitizers” by patronizing local tailors and businesses in the state as this, according to him, will “yield multiplier effects by increasing cash flow within the state thereby re-energizing the state’s economy which is already suffering from the negative effect of the pandemic.”

Recounting the efforts of his Support Organization in the mass-production of the aforementioned items in collaboration with tailors and local fabrics sellers in Edo, Pastor Ize Iyamu advised Edo state government to shun propaganda and concealment of information, and instead communicate plainly and truthfully to the Edo people particularly in the areas of expenditures on palliatives and other efforts, part of which the governor claimed to have cost over a billion naira.