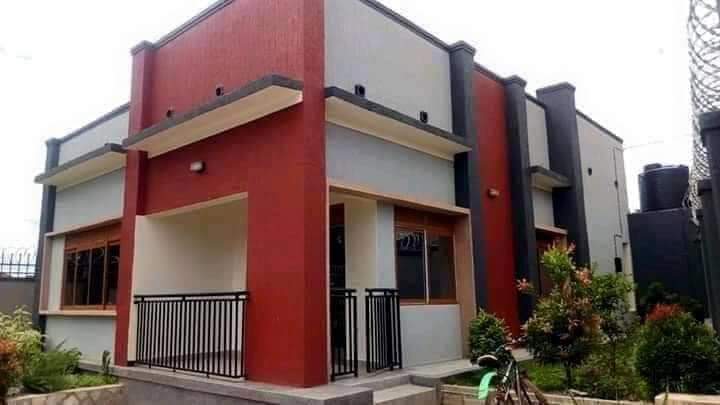 A Kaduna man has collapsed out of joy as his wife makes savings from money given her to cook food and built a three bedroom flat without his knowledge.

According to viral reports, Juan built a three bedroom flat from the savings without her husband’s knowledge.

Realising that her husband was very extravagant in the way he spends money, Juan began saving from the money given to her to cook and take care of other domestic things.

Determined to surprise her husband, she bought a land at the Sabo area of Kaduna along refinery road and started building.

The house is well built together with fence and water, and no member of her household aware of what was going on.

Two months after completing the house, her husband coincidentally got sacked from his job.

Although the man was in pain for three months, Juan refused to disclose she has built a house.

Worse still, their rent had expired three months before Mr. Joseph Yohana, the husband was sacked.

The landlord, six months after their inability to renew their rent gave them quit notice.

Yohana under the pressure of where to get money to renew his rent was asked by his wife to escort her to see one of her relatives living three miles away from their house.

Yohana who drove the wife in his Toyata Camry car did not know exactly where they we’re going.

On their way, the wife asked him to park, she alighted from the car, went to an empty building and started opening the gate, he asked her, who gave you key to someone’s gate and why are you opening the gate.

Juan who did not listen to the husband, opened the gate and asked him to come in.

When the husband went into the house, she held him and said, “I built this house from the savings made in monies you have been given me to cook and take care of other domestic things”

Immediately, Yohana fell and fainted and was rushed to Kaduna general hospital where he was admitted for a day.

Having recovered from the shock, Yohana said the shock was too much to bear while he collapsed out of joy.

A witness Miss Agatha, said the family have since in early February packed into their new house and are living happily.