Social rights defender, Patriot Patrick Eholor in this interview, goes further in his criticism of the methods of pastors in carrying out their duties.

He sheds light on their methodologies, and argues that this leaves much to be desired in the work of Christ:

Why have you been carrying out a campaign against some Christian pastors, making it look like you are attacking the Christian church and Christianity?

I have said it many times that I am not here to attack or condemn the good men of God. I have quoted the scriptures so many times that, in Psalm 105:15, it says, ‘Touch not my anointed, and do my prophet no harm’. The truth is that Christianity in Nigeria has become business, and it’s troubling and worrisome, because let us take it from different perspectives. First of all, lets assume that I am in business, and I have share holders who are there with me in my business.

Before I take any financial decision, it will be right for me to inform them about what I am doing. If I go to your church, and you are going to build or repair the house of God, and ask for my donation, I sow seed, I pay my tithe, don’t you think its right that if you are going to buy an airplane for example, or bus, I should be aware of it? These people are stakeholders, but they have been getting deceived through fake miracles, they get cajoled, and their minds are kept from them.

I am not against the men of God, but am against their methods. Lets go back to when the missionaries came. They come with a bicycle and a portmanteau, and when they are leaving, they leave everything and go. Today, what you see around are billboards of pastors who are bleaching. Most of them are bleaching pastors, with their wives who are also bleaching. They are wearing some expensive fancy shoes, wearing bling-bling, buying cars, printing stickers for you to put in your cars, and having mobile policemen to escort them. What an irony. You think you can fool somebody, but you can’t fool God. They have been fooling us, and now, Covid-19 have exposed them.

People were not aware of what was going on in this country, where Oritsejafor took a plane to launder money and buy ammunition in South Africa, and that plane was meant for the work of God, according to him. How dare Pastor Ayo Oritsejafor use the same plane to launder money and buy ammunition. That’s where I am trying to help these gullible followers of them, so that we can free them.

It is written in the book of Matthew 21:13 that “‘My house will be called a house of prayer,’ but you are making it ‘a den of robbers” . Also Matthew 21:12 when some people were selling in the house of God, Jesus Christ was angry and drove them out of the synagogue.

Then there is this other mentally-retarded young man in Onitsha. Odumeje is just one of those who do fraud for a living, whom is not ashamed of it. The others like him are bigger pastors like Adeboye, Oyakhilome, TB Joshua who prophesied about Covid 19 but it didn’t come to pass, David Oyedepo who said he has over 3000 churches like a business centre, the other one from Enugu- Father Mbaka who is always talking about elections, like a politician, these are all fakes, people who prophesy elections when its very close. 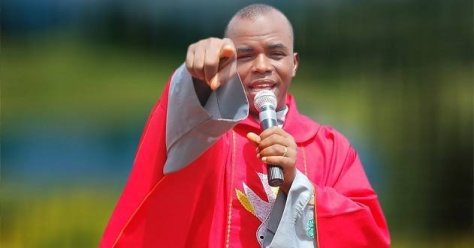 Some days ago, Pastor David Ibiyomie in Port Harcourt said that Covid-19 is a fraud and does not exist in Nigeria, while Pastor David Oyedepo said he has healed some number of Covid-19 patients. Is it that these two pastors don’t serve the same God that one claims to have healed a disease the other says is non-existent?

The word of God is not confusing, and God does not confuse. The people trying to play on our intelligence are the ones confused. A supposedly notable man of God says he has cured people. If there was no Covid 19, whom did he cure? The other said it doesn’t exist, thats why I said its high time these people pray, because what we are doing in Nigeria is looking at the big churches, looking at the big edifices, looking at the big names, whereas God is everywhere. Even as we speak now, God is with us. 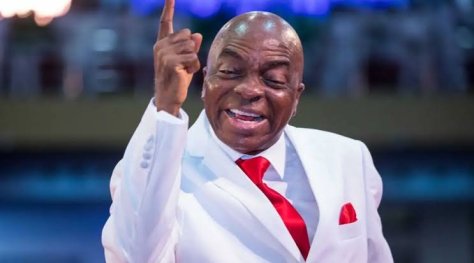 None of them had God’s phone number, and God himself does not have their phone numbers. Every time they tell you is that God spoke to them. With what network did God talk to them? MTN? or Glo? Or did God text them, WhatsApp them, or email them? They were all lying, and now Covid 19 has exposed their lies. but there are still a few of them who are truthful. But Nigerians will prefer to follow the liars until they destroy your houses completely. I have told Nigerians, you can worship in your house, and if you want to pay tithe, do not give pastors money because they are not accountable. Give the money directly to charity, give it to orphans, that’s the will of God.

But there have been arguments that it was specifically stated in the Bible that you should give your tithe to the synagogue, and not give it out to the poor and needy

The tithe is not like that. Even if we are paying tithe and seed to you, you have to be accountable for what we pay, because we are now part of the business if its a venture. You cannot use that to build some houses, don’t you know that religion is politics?

Pastor’s house is the biggest, pastors’ clothes are the neatest, yet those who are paying the tithes and also sowing the seeds don’t even have slippers to wear. They have no cars, they can’t even eat at home, yet the pastors are demanding more and more from them. I think CAN should be responsible enough because if I tell the government I am into construction when I register my company, and I end up selling amala, the government has a right to revoke my license because i am not doing what i told them I was going to do with my license. So CAN will have to regulate these churches. If the most senior pastor in Nigeria was involved in trafficking and money laundering in the person of Oritsejafor and they could not discipline him, it means they are sending the wrong messages to us. 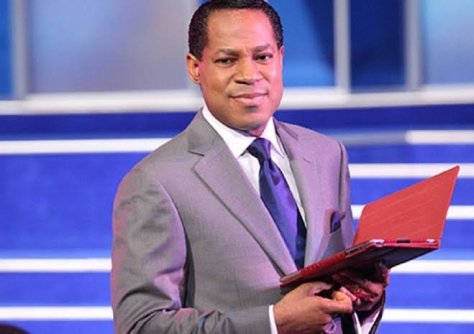 If TB Joshua who owns the Synagogue can come and give us fake prophecy on coronavirus, they should revoke his practicing rights.

If Pastor Oyakhilome is saying that the 5G is synonymous with the Covid-19, he should be disciplined because its misleading.

If David Oyedepo would open his church, congregate with more than 20 people and endanger peoples lives, they should revoke his license. You must step on toes for things to change. The president of Rwanda closed over 3000 churches to give sanity and eliminate fraud. We are not against God, we are against fraud in the house of God.