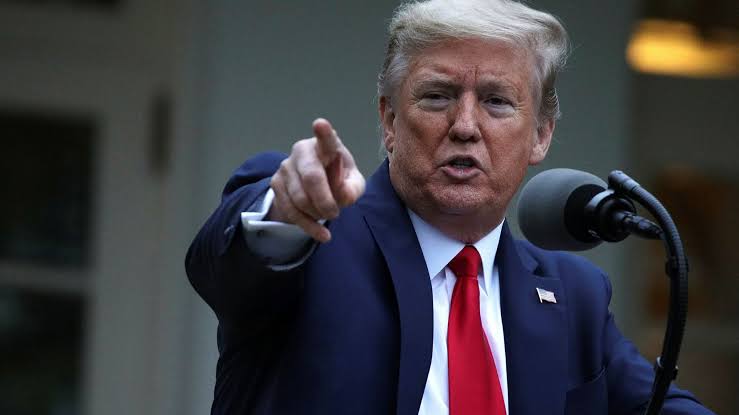 President Trump announced Friday that all houses of worship would be considered “essential services” and urged governors to “do the right thing” and reopen them immediately — adding that he would “override” them if they didn’t.

“Today, I am identifying houses of worship, churches, synagogues, and mosques, as essential places that provide essential services,” Trump declared in a sudden White House briefing.

“At my direction, the Centers for Disease Control and Prevention is issuing guidance for communities of faith,” he said.

“If there is any question, they will have to call me, but they are not going to be successful in that call,”’ he asserted.

“The governors need to do the right thing and allow these very important, essential places of faith to open right now, for this weekend. If they do not do it, I will override the governors. In America, we need more prayer, not less,” Trump concluded before leaving the briefing room without taking questions.

Dr. Deborah Birx of the Coronavirus Task Force said moments later that while the president wants houses of worship opened this weekend, some may want to wait to protect their congregations.

“Certainly, people that have significant comorbidities, we want them protected. I know those houses of worship want to protect them, so really ensuring that maybe they can’t go this week if there’s a high number of COVID cases, maybe they wait another week,” Birx said, adding that faith leaders should contact their local health departments.

“I really firmly believe a knowledgeable community can really make judgments for themselves. I think each one of the leaders in the faith community should be in touch with their local health departments so that they can communicate to their congregants.”

“You are assuming governors are going to keep churches and mosques shut down. That is a hypothetical question,” she said, adding that she believed that “faith communities [would] reopen.”

McEnany declined to respond when pressed further about the commander in chief’s authority to issue such an order.

She also pointed to CDC guidelines on reopening houses of worship.

“There is detailed guidance about the way you can clean your facilities and promote social distancing so this is something we should all look at and be thankful we are encouraging faith communities to reopen and do so in a safe way, McEnany said.

It remained unclear how many governors would comply, and how many houses of worships would reopen despite Trump’s and their governor’s direction.

Trump said Thursday he had planned to take “a very strong position” on church reopenings as the country struggles to deal with the coronavirus pandemic, which has killed at least 95,000 Americans to date.

“The churches are not being treated with respect by a lot of the Democrat governors,” Trump said. “I want to get the churches open . . . including mosques.”

Churches around the country have filed legal challenges to the virus closures.

In Minnesota, after Democratic Gov. Tim Walz this week declined to lift restrictions on churches, Roman Catholic and some Lutheran leaders said they would defy his ban and resume worship services.

They called the restrictions unconstitutional and unfair since restaurants, malls and bars were allowed limited reopening.

The Chicago Police Department told Fox News that three churches will be hit with penalties for services that were held Sunday.

Some churches that already reopened later closed after congregants came down with the coronavirus.

A Georgia church that reopened a few weeks ago is closing its doors again after several families came down with COVID-19.

Catoosa Baptist Tabernacle in Ringgold welcomed worshipers back into the sanctuary April 26 after shutting down in response to the pandemic, the Christian Post reported.

Two weeks later, on May 11, church leaders announced plans to suspend services after several parishioners tested positive for the virus.