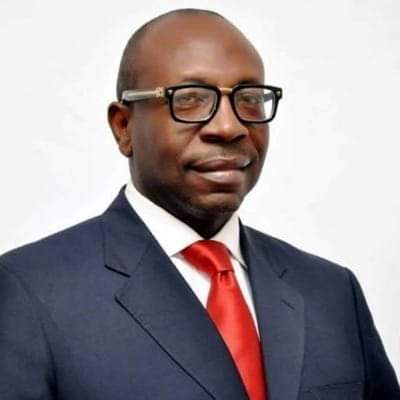 
The candidate of the All Progressives Congress, APC, for the Edo State Governorship election, Pastor Osagie Ize-Iyamu, has raised alarm on alleged plans by the incumbent Governor Godwin Obaseki to obtain a 20 billion naira bond loan from financial institutions to pursue his second-term ambition after allegedly draining the state treasury.

In a statement endorsed by Mr. John Mayaki, the Director of Communication and Media of his Campaign Organization, Ize-Iyamu condemned what he termed as the Governor’s short-sighted and irresponsible indebting of the state for desperate and personally-beneficial political activities, while also warning financial institutions against granting fraudulent loans to the Edo State Government.

He said: “After draining the state treasury with his corrupt 15 billion naira payout to the PDP tax-collectors for the party’s ticket, it has come to our notice that Governor Obaseki is now scurrying around to embark on another borrowing spree with a planned 20 billion naira bond loan from some financial institutions.”

“We find it shocking that after the many tribulations Obaseki’s directionless and incompetent administration has caused in Edo State, the Governor is hatching fresh plans to mortgage the future of the state and her youths with additional loans to fund his desperate political agenda to foist himself on the people for another four years.”

“Obaseki already racked up foreign loans that propelled Edo State to number two on the states with the most indebtedness in the country without any commensurate gain in infrastructure, the economy, and security. Efforts to get the Governor to offer accountability on what he did with the loans and the role his private firm, AfrinInvest, played in their acquisition all fell on deaf ears.”

“It is therefore heartless, irresponsible, and unconscionable for such a man to even conceive obtaining another loan in the tune of 20 billion naira for his political godfathers in the PDP who are cashing in on his desperation and lack of integrity.”

“We want to warn all financial institutions to honor the age-long freeze practice observed during election seasons and possible change of government and not grant any loan to the heartless Godwin Obaseki who appears to now be on a mission to completely sell-out our state and the future of our youths.”

“We are also alerting the EFCC, ICPC, CBN, and other financial regulatory bodies to pay close attention to what is going on in Edo State.”

“It is a known fact that Obaseki has never maintained any close tie with Edo State. He is a Lagos businessman who for long held his own people and state in contempt. Perhaps now that it is obvious that he will be sacked from office in September, his plan is to smash and grab before disappearing back to where he came from.”

“For those of us who have no other place to call home apart from Edo State, these criminal plans and heist against the people will be fiercely resisted as we will not fold our hands and let a desperate stranger destroy our state.”