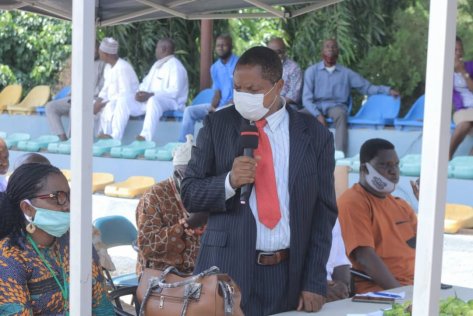 The Chancellor of Gregory University Uturu Prof Gregory Ibe has once again reaffirmed his commitment to the well being of every Abian.

Speaking through the Vice Chancellor of Gregory University Uturu,Prof Augustine Uwakwe during the flag-off ceremony of the second phase of the Prof Gregory Ibe palliative distribution exercise, the renowned academic don and human capital expert stated that he decided to embark on the humanitarian project because of his immense love for the people and “as a way of providing them succour especially during the COVID-19 era”.

He asserted that the second phase is aimed at consolidating the gains of the premier edition by reaching out directly to the grassroots with many bags of rice, garri, salt, beans and cartons of noodles.

According to him, “the underlining motive behind this exercise is Prof Ibe’s passionate love for Ndi Abia, which continues to drive him to intervene, especially at critical times such as this”.

The flag-off ceremony featured the distribution of many amenities including bags of rice,beans,salt, tubers of yam and cartons of noodles to representatives of Abia NUJ, NIPR, OMPAN and Abia Crusaders from Isuikwuato and Umunneochi LGAs.

While giving a vote of thanks, the Chairman of Nigerian Union of Journalists, Abia State chapter, John Emejor praised the magnanimity of Prof Ibe, stating that he has remained committed to the welfare of Abians in general while manifesting special love for journalists in the state.

Correspondents report that sequel to the formal flag-off of the second phase of the programme, the exercise will subsequently be carried to the remaining 15 Local Government Councils in order to reach less privileged Abians in their respective communities. 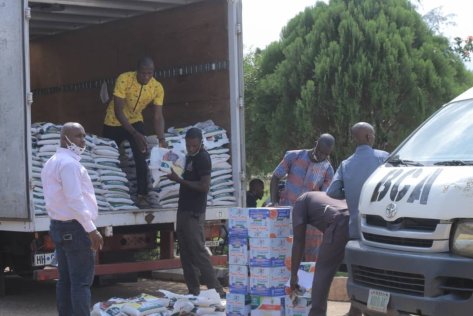 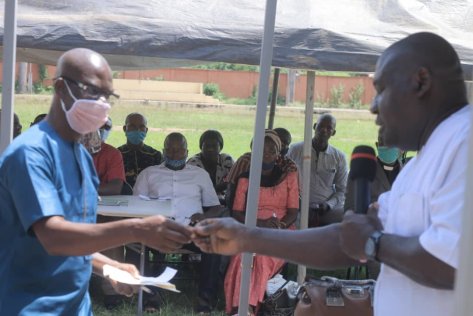 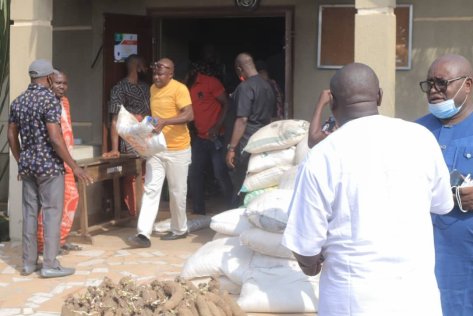 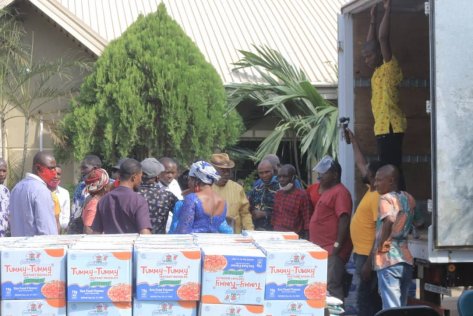