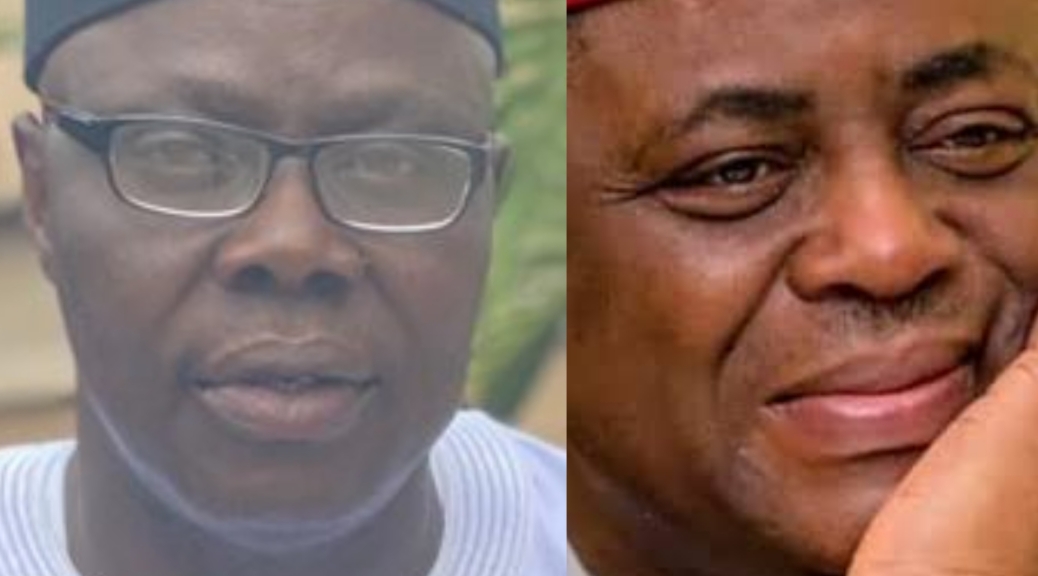 Civil rights advocacy group, One Love Foundation has condemned in strong terms the verbal assault inflicted on a journalist by a former Minister of Aviation, Mr. Femi Fani Kayode.

Mr. Eyo Charles, who reports for the Daily Trust Newspaper, was seen in a video asking the former Minister at a press conference in Calabar, Cross Rivers State, Nigeria, if he was funded to embark on a tour of projects in the state to which he responded with verbal attacks that has now been widely condemned by all and sundry.

But according to
One Love Foundation, the development is embarrassing and unacceptable especially from a former minister since there was nothing wrong with Journalist Eyo Charles wanting to know if the tour was a sponsored one.

It’s president, Chief Patrick Osagie Eholor, who spoke with our Correspondent in Benin has this to say “We therefore demand that the former Minister apologise to the journalist and give an assurance of his safety in view of the alleged further threats.

“One Love Foundation is of the view that in a democracy, journalists are saddled with the constitutional obligation of monitoring governance and holding the government accountable to the people should not be subjected to harassment in the course of duty.

“We also demand for some pertinent answers from Mr Femi Fani Kayode for boosting that he was a former minister; what was his achievements in office as a former Aviation minister knowing fully well the rot in the aviation industry under his watch.

“Nigeria is not a banana republic, therefore, we urge Mr Femi Fani Kayode to apologise to Mr Eyo, NUJ, The Press Council and Nigerians for the shame and embarrassment he brought to all”, he added.