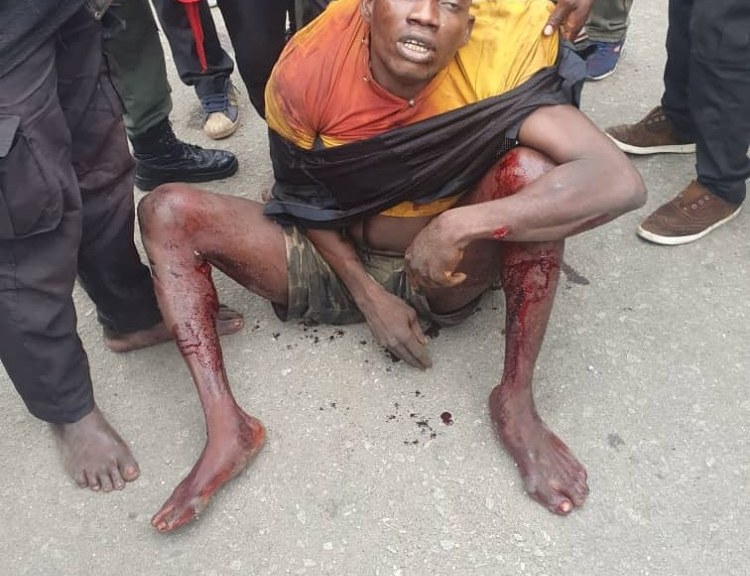 Bobosky, the fugitive and notorious killer in Rivers State, is dead.

The dreaded criminal whose real name is Honest Diigbara was arrested alive on Saturday morning by police operatives at Korokoro community in Tai Local Government Area of the state.

He, however, died minutes after being paraded by Rivers Commissioner of Police, Joseph Mukan, at the police command.

He reportedly died from gunshot wounds he sustained when his gang members engaged operatives in fierce gun battle before he was apprehended.

Boboski is alleged to have been responsible for several questionable killings including the murder of some soldiers, lawyers and other prominent figures in the state.

He was also accused of cause terror in the state especially the Ogoni axis of the oil-rich state.

Also, his younger brother believed to be his driver died during a crossfire between Boboski’s gang and police operatives.

His arrest was greeted by wild jubilation among residents of the state who have had taste of his terror in the past.

His arrest and death is coming exactly a year and four days after Governor Nyesom Wike placed N30Million bounty on him.

Rivers Police chief told newsmen during the parade that fleeing Boboski was arrested in a sting operation assisted by vigilante in the Ogoni neighborhood.

Mukan said the late notorious criminal was with his gang members in Korokoro to attend the burial ceremony of his second-in-command’s elder sister slated for internment today (Saturday).

The police commissioner said, “On sighting the Police they engaged us and in a return fire, his driver was fatally wounded, while he was arrested alive.

“Killing of a soldier and a personnel of Nigerian Security and Civil Defense Corps, at Gio pipeline, Ogoni last year. Kidnap of Chief Mbu of Ogu/Bolo who they kidnapped and collected ransom of 7million Naira.”

“Killing of two Police Officers attached to the Federal Highway. They were killed and their rifles taken at Botem. The arrest of Boboski is a milestone for the Command and victory for Ogoni people, Rivers and Nigeria at large.”

The Rivers State Government is yet to react to the arrest and subsequent death of the notorious criminal whom Governor Wike had placed N30million bounty for his arrest.