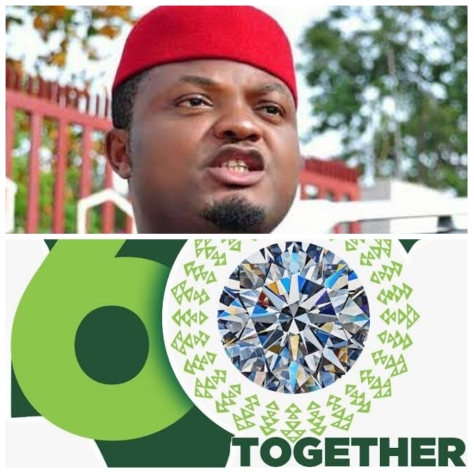 The history of Nigeria can be traced to settlers trading across the middle East and Africa as early as 1100 BC. Numerous ancient African civilizations settled in the region that is known today as Nigeria, such as the Kingdom of Nri , the Benin Empire, the Oyo Empire and the Borno Empire.

Archaeological research, pioneered by Charles Thurstan Shaw has shown that people were already living in south-eastern Nigeria (specifically Igbo Ukwu , Nsukka, Afikpo and Ugwuele) 100,000 years ago. Excavations in Ugwuele, Afikpo and Nsukka show evidence of long habitations as early as 6,000 BC. However, by the 9th Century AD, it seemed clear that the Igbos had settled in Igboland.

In 1851, Lagos was invaded by British forces and formally annexed in 1865. Nigeria became a British protectorate in 1901; the Northern and Southern Protectorate were almagamated in 1914 and Nigeria colonization lasted until 1960, when an independence movement succeeded in gaining her independence as there were various resistance to colonial rule and struggle for independence such as the likes of Oba Ovonramwen of Benin Kingdom to King Jaja of Opobo, to King Kosoko of Lagos, all through the early 20th century with the protests over water tax in Lagos led by Oba Eshugbayi Eleko (1908), the nationalist press in Lagos, Aba Women’s Riots (1929), Abeokuta Women’s Revolt (1946), the Enugu Coal Miners’ Strike (1949), the cultural protests by the likes of Hubert Ogunde, the nationalism of Herbert Macaulay and others including Labour Union leader Michael Imoudu, all leading to the various conferences, 1953 -1957.

On the 1st day of October, 1960, Nigeria regained her independence from Britain, amidst pump and pageantry. Nigerians from all works of life took to the streets, to public and personal houses to celebrate this momentous occasion and epoch making event. It was on a Saturday, Nigerians gathered at the Race Course (now Tafawa Balewa Square) in Lagos as Princess Alexandra, the representative of Her Majesty the Queen of England handed over the instruments and symbols of independence to Prime Minister Tafawa Balewa. It was 12.01am as the Nigerian flag of green white green was hoisted. We celebrate and honour our founding fathers who fought tirelessly for our Independence. Most notably are the three Titans(Nnamdi Azikiwe; Tafawa Balewa and Obafemi Awolowo).

Sixty years after, the time for stock-taking by all stakeholders in the Nigeria Project is finally here and starring us directly in the face. We must now gather to appraise our journey so far, reflect on the paths taken or not taken, mistakes made, lessons learnt; and debate future trajectories. This article is therefore to interrogate these numerous challenges, their nature and character and what they portend for our nation building efforts as well as finding solutions to the Nigeria State. Nigeria is populated by three major ethnic groups and over 250 others with an estimated 5,000 subgroups. Nigeria was birthed in mutual suspicion and nurtured in political rivalry built on religious, ethnic and sectional sentiments as the three Titans(Nnamdi Azikiwe, Tafawa Balewa and Obafemi Awolowo) in as much as we celebrate their efforts and struggles towards independence, they clearly played the ethnic and sectional card to the extent of forming tribal and sectional political parties as Nnamdi Azikiwe was a leader of NCNC that dominated the Eastern Region, Tafawa Balewa was a Leader of NPC(Northern People’s Congress and Obafemi Awolowo was a Leader of AG(Action Group- mainly Yoruba). Several questions are still being fervently asked about Nigeria, the most prominent being its continued existence in the current form. Some want the country balkanised. The Indigenous People of Biafra (IPOB) wants the Igbo to exit the Nigerian “zoo”. There is a clamour for Oduduwa Republic by those who say the Yoruba need to be rescued from the “shackles” of the federation. The Niger Delta region, where the oil money comes from, has been fighting for “resource control” and some of its groups want out of the federation. It would appear only the Core North is not intensely agitating against the union, at least for now.

In Nigeria today, several issues are currently mind-troubling such as Tribalism, Nepotism, Insecurity, Corruption, Criminality (armed robbery, banditary, kidnapping, cyber crimes and extortions); Economy hardship, Infrastructural decay and total System Failure. These issues are facing us like a fully loaded double barrel gun ready to annihilate us. Many years after the civil war, where the then Head of State- Gen. Gowon declared No Victor, No Vanquished; there is still a cold civil war going on today in Nigeria even worse than the 1967 – 1970 war as Nepotism, Segregation, Gross Marginalization and Sectional Favouritism is still the order of the day. Therefore; I, Chima Emmanuel Obieze, want to clearly say that in the true spirit of Sportsmanship, Equity, Fairness, Justice and all Inclusiveness, it’s time for an Igbo President to emerge in this Nation Nigeria.

To this end, as we celebrate our Diamond Jubilee as a Nation, we must hunker down and search for lasting solutions placing all cards on the table such as Regionalism, Balkanisation/Separation into different Nations or if we have to stay as a Nation, we must depart from the divisive, ethnic, religious, bitter politics and we must face the future by pursuing the right politics that will build a nation where justice and equity shall reign. This is because, our obsession with replicating and propagating the bitter mindsets of over 60 years ago will continue to obstruct our progress. We will keep moving from one crisis to another. We will never be able to face the right direction. Nigeria desperately needs new founding fathers and mothers: leaders who will promote nation-building, peace and progress — not to keep reviving and propagating the destructive colonial-era rivalries.
We have choices before us: to continue fanning the embers of disunity and unhealthy battle for supremacy or to chart a new course, knowing fully that no nation develops by accident. It is a shame that we are busy discussing 1914 while development-minded nations are discussing 2080. The vast majority of Nigerians — northerners and southerners, Muslims and Christians — still wallow in abject poverty, lacking access to the basic amenities that sustain life: health care, education, water, sanitation, security, roads and power. Shouldn’t this inflame our passion more than “religion, tribe and tongue”? We desperately need a new mindset.

Bringing the Independence Celebrations back home to Enugu State, we can draw one or two lessons from the Governor Ifeanyi Ugwuanyi’s led adminstration. The Governor runs a Unified, all Inclusive, Equity, Justice and Fairness and Peaceful System irrespective of your Dialect, Tribe, Zone and Political affiliations. This is revealed in his Rural development Initiative where he ensure that every local governmentin Enugu Experiences even development. These factors has enabled Social-Economic-Political Growth and Excellent Developmental Strides across Enugu State. All Communities, Local Governments and various Zones are enjoying Security and Peace and are developing at the same time as developments are evenly spread. Governor Ifeanyi Ugwuanyi is not only ensuring massive development across Enugu State, he is also developing and investing in the people through Human Capital Development. Today young & brilliant But indigent Enugu sons & daughters now enjoy scholarships from the State up to their masters programs even outside the shores of Nigeria. For the first time Law School Students now recieve bursary awards. This is the first of its kind in Enugu State. Various Youth bodies have successfully organised empowerment/skill acquisition programs for their members under the sponsorship of Gov Ugwuanyi. We need leaders like Governor Ugwuanyi in this Nation Nigeria who are Self-less, Intelligent, Smart, Hardworking, Compassionate with a Beautiful mind putting the interest of the people first as utmost priority.

Enough said as we commemorate Nigeria at 60. I strongly believe it’s time for sober reflections. This Nation belongs to us all and we clearly have no other Nation to call our own. To this end, we must come together as one and all hands have to be on deck to restore the Greatness and Giant-ness of this Nation Nigeria.

Let there be indeed Unity and Faith; Peace and Progress!