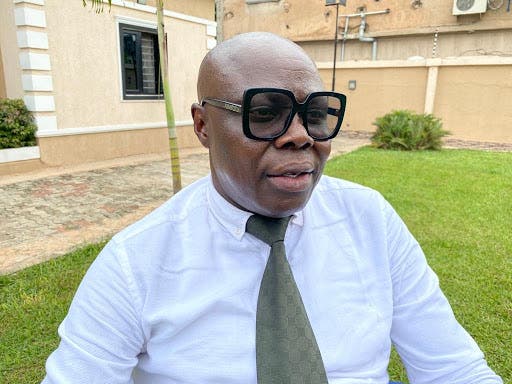 A social crusader and President of One Love Foundation, Chief Patrick Eholor, Wednesday, charged youths to sustain momentum on call to end Federal Anti-Robbery Squad, F-SARS until demands are met by the government.

Eholor gave the charge during a protest in Abuja, where he condemned action and announcement by Governor of Rivers State, Nyesom Wike, banning street protests carried out by EndSARS protesters in Rivers State.

He said youths should not allow anybody to intimidate them rather continue their protests until all brutalized victims of F-SARS gets justice including total overhauling of the country’s security, which the police needs adequate funding, training, welfare and well taken care of by the government.

He said: “Such action by the Rivers State Governor is reckless, dictatorial, shameless and undemocratic. Why a leader who calls himself a democrat would descend so low infringing on the rights of Nigerians on peaceful demonstrations and protests.

“The protest must be sustained until other social and economic ills bedevilling the country like corruption, injustice, insecurity, high cost in governance and unemployment are decisively addressed by the government at all level.

“I commend the Nigerian youths for their courage in the ongoing EndSARS campaign across the nation despite harassment, intimidation and brutality by the police who were out to forcefully stop the movement.”

He also cautioned that former Vice President Atiku Abubakar, should not take credit and advantage of the EndSARS protest, because atrocities and menace of SARS are traceable to leadership failure and the bad foundation laid by several administrations including that of the former Vice President.

He called on Nigerians to reject calls from the former Vice President because he allegedly failed young people when he was in power, and should not have the boldness to incite the youths as far as the protests are concerned.

He also urged Nigerians to elect leaders that will stand for them in the future, and accused APC and PDP of failing Nigerians with poor policies of oppression.

He (Eholor) said nothing less demanded from President Muhammadu Buhari other than to restructure the country’s security architecture by retiring the service chiefs with immediate effect.

He also asserted that retiring the Service Chiefs will be a solution to the protracted security challenges the nation has found.