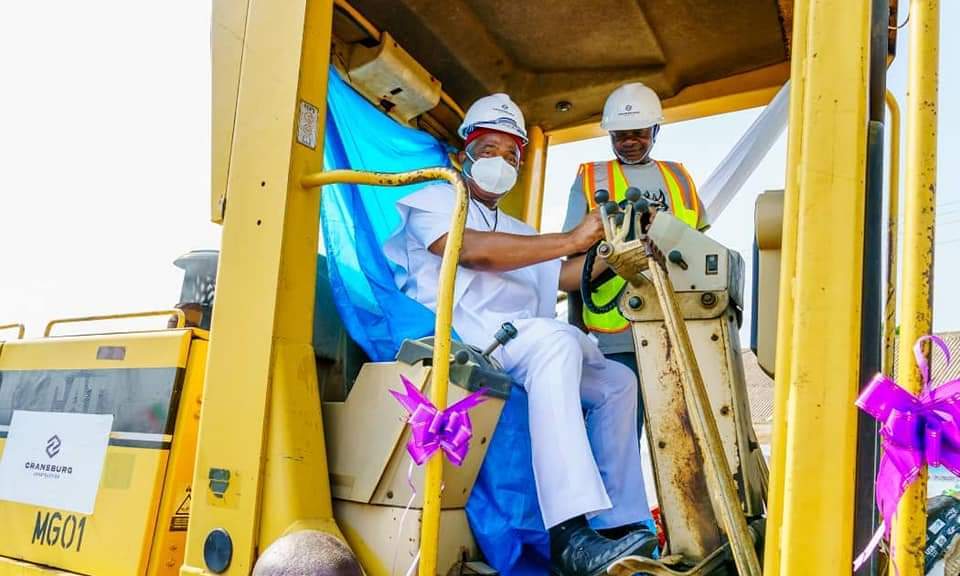 The reconstruction work by a reputable construction Company, Craneburg Construction Engineering, will be going on at the same time on both corridors.

Addressing a excited crowd at the flag-off posts at Banana junction for Orlu and Okatankwu in Ikeduru for Okigwe road, the Governor described the day as a special one as the signature projects by his shared Prosperity Government will shore up the economy of the State.

He said when the roads are made motorable and people travel on them without stress, they will definitely impact on the overall economy of Imo State.

The Governor observed that when he assumed office in January 2020 almost all the roads in Imo State were totally broken down. “There were non to travel on, economic activities were shut down, the system was disorganized and disoriented, worse still attempt by previous Governments to repair them made the situation worst, hence it became necessary that this administration must recover, reconstruct and rehabilitate Imo State in other to reduce the infrastructural deficit.”

Governor Hope Uzodimma noted that In a bid to get value for money the state acting on the procurment act, signed an mou with three companies, which include Julius Berger, Dumez and Cranburg.But chose to work with Cranburg at the end of the day.

The Governor added that the two roads – Owerri to Orlu and Owerri to Okigwe – have been awarded at the cost of N55 billion and by the provisions of the Procurement Act, Government has paid 15% of this amount as mobilization to the Company.

He reminded Imolites again that he has come to work and having come from Imo himself, he has not come to witch-hunt anybody. He gave the assurances that any step taken by his government is for the interest of the people of Imo State even as he promised that in the next two years Imo State will not be the same again.

He warned that the road constructions should not be politicised along party lines as “they are for Imo people and must be done to the benefit of all and sundry.”

He requested for the cooperation of Imolites, especially those living along the roads under reconstruction so that the project will be achieved with a record time of 18 months without unnecessary encumbrances as a result of human interferences.

He assured that Government will fund the project 100% without borrowing from any other source.