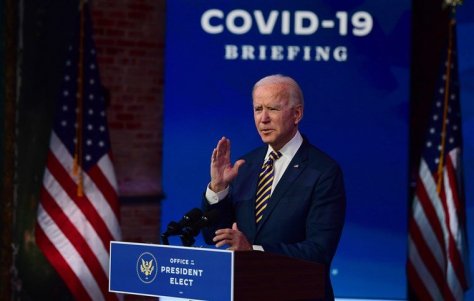 The US Congress has certified Joe Biden’s victory in the presidential election, hours after Trump supporters stormed the building in an attack that saw four people die.

Lawmakers resumed the session after police managed to remove the mob, which had been encouraged by President Trump in a bid to overturn his defeat.

The certification clears the way for Mr Biden to be sworn in on 20 January.

In response, Mr Trump pledged an “orderly transition” of power.

Joe Biden’s victory was confirmed in the early hours of Thursday by a joint session presided over by Vice-President Mike Pence, who said the violence had been a “dark day in the history of the United States Capitol”.

Wednesday’s chaotic scenes followed months of escalating rhetoric around the 3 November election, and culminated with the invasion of the Capitol.

Mr Biden blasted the “insurrection” as Mr Trump, while telling the mob to “go home”, continued to make false claims of electoral fraud. His Twitter and Facebook accounts were later frozen.

Mr Biden’s victory was certified after objections by some Republican lawmakers to overturn the result in Arizona and Pennsylvania were rejected.

Shortly afterwards, Mr Trump said in a statement: “Even though I totally disagree with the outcome of the election, and the facts bear me out, nevertheless there will be an orderly transition on January 20th.”