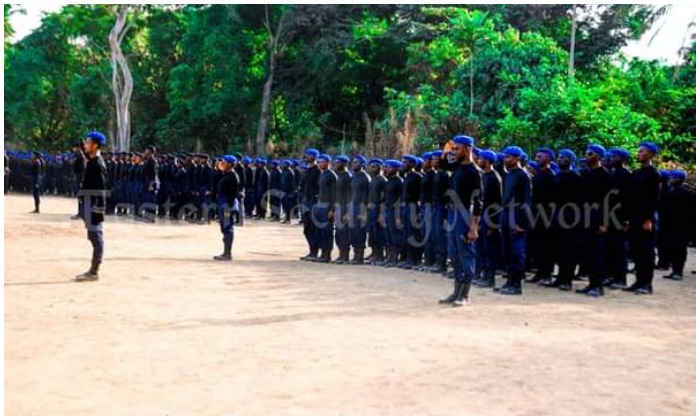 Nnamdi Kanu’s Indigenous People of Biafra (IPOB) on Tuesday hailed governors of the South-East region, under the auspices of South-East Governors’ Forum, for banning open grazing and other related activities of Fulani herdsmen in the region.

Recall that the Ebonyi State Governor and Chairman of the forum, Dave Umahi, had on Monday, said the zone had before now banned open grazing of cattle within the region.

In a statement signed by IPOB’s Director of Media and Publicity, Emma Powerful, the group said it thanked the governors for heeding its call to ban open grazing in the region, saying it received with joy the statement credited to Umahi with joy.

The statement read in part, “We, the Indigenous Peoples of Biafra, ably led by Mazi Nnamdi Kanu, wish to salute the courage of South-East governors for heeding our Leader’s call to ban open grazing in the region.

“We, therefore, want to aver and assure the governors that our gallant Eastern Security Network will ensure strict enforcement of the ban, which is also in line with a subsisting, but neglected judicial pronouncement in 1969.

“At the expiration of the two-week ultimatum already issued by our Leader for open grazing to end in Biafra land, IPOB and ESN will move in to deal with any herder flouting the law.

“Since the law enforcement agents are too weak or have wittingly failed to enforce the ban, we can no longer afford to sit idly and watch the wanton destruction of lives and crops of our people. ESN will do the needful. We shall no longer allow law breakers to have a field day after inflicting physical and economic harm on innocent victims.

“We wish to remind all herders in Biafra land that the era of occupying our forests and grazing on our farms is gone. They have to vacate our forests and relocate to cities where other human beings live.

“Wandering about with cows can no longer be tolerated on Biafra soil. Anyone interested in cattle rearing will either build a ranch as obtains in civilized societies or leave Biafra land. Do not say you are not warned!

“We advise all herdsmen in Biafra land irrespective of their tribe to restrict themselves to the law of the land or relocate to regions where open grazing is allowed. Our patience will elapse after the expiration date of the 14-day ultimatum by our Leader.”

With open grazing ban, our cows may die -Fulani community

When contacted the King (Eze) of Fulani Community in Ebonyi State, Alhaji Ibrahim Idris, said both IPOB and the South-East Governors should thread with caution in order not to expose cattle rearers in the state to acute suffering.

“Will the governors feed us? Will they feed our families? Will they pay our children’s school fees? We want peace and they should allow us live in peace.”