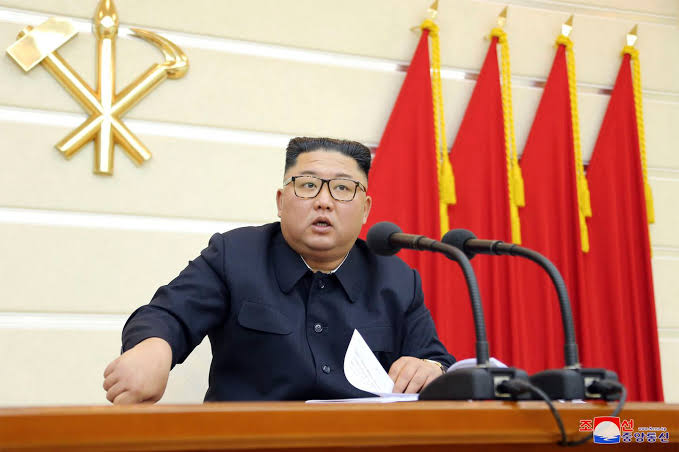 KIM JONG-UN, North Korea’s Supreme Leader is dead – according to multiple sources coming out of North Korea and the Far East, though due to the hyper-secretive nature of the pariah state the exact picture remains unlcear tonight.

It was being reported as fact by media outlets in China and Japan that the 36-year-old dictator was dead. Other sources said he was on his death bed in a vegetative state with no hope of resuscitation after botched heart surgery.

Because of the nature of the ultra secret regime in North Korea claims of Kim Jong-un’s death are very difficult to verify before an official state announcement.

But a Hong Kong-backed news channel’s vice director, who claims to be the niece of a Chinese foreign minister, made the announcement.

Further sources were reporting a Chinese medical team had been sent to North Korean capital Pyongyang.

Hours ago a Japanese weekly called Shukan Gendai claimed the North Korea’s dictator was in a vegetative state after complications from heart surgery.

A Chinese doctor – who is believed to have been part of the team sent to treat Kim Jong-Un – was reported as saying a delay in a simple heart procedure had left the leader severely ill.

Reports of Kim’s death sparked fears of major civil unrest in North Korea – believed to be a nuclear-armed state.

It comes after insiders claimed China has sent a team of doctors to North Korea to determine the status of Kim Jong-Un’s health.

The Chinese delegation left Beijing for North Korea on Thursday included doctors and CCP officials, according to three people familiar with the situation told Reuters.

The nature of China’s delegation was not announced and Beijing has so far refused to comment.

On Monday, speculation spread the North Korean leader was in ill health after undergoing heart surgery on April 12 after unconfirmed reports emerged – which were swiftly denied.

South Korean government officials and a Chinese official with the Liaison Department have challenged subsequent reports suggesting that Kim was in grave danger after surgery.

They said they had detected no signs of unusual activity in North Korea.