The Edo State Police Command has arrested seven pro-Obaseki thugs involved in the siege laid at the Edo Assembly complex on Thursday to prevent the majority of elected members, who have since impeached the former Speaker and replaced him with Rt. Hon. Victor Edoror, from sitting in the complex.

The arrest was made yesterday when the Police responded to an emergency call from 17 elected members of the Edo Assembly who came under attack by thugs reportedly directed by the Governor, Mr. Godwin Obaseki, to prevent plenary from holding at the Complex.

Sources have confirmed that the arrested thugs have all confessed that they were mobilized by the Special Adviser to Governor Obaseki on Political Matters, Edo South, Mr. Osaigbovo Iyoha, and his Special Adviser on Parliamentary Issues, Mr. Kabiru Adjoto.

Governor Obaseki made an appearance at the Assembly Complex on Thursday to offer a robust defense of the actions of the thugs and the destruction of parts of the Assembly complex under the guise of ‘renovation’, although he failed to answer questions from journalists who sought an explanation on how an Assembly of 24 elected members could be formed and presided over by 7 lawmakers purportedly loyal to the Governor.

Meanwhile, an activist group in Edo State, Democracy For All, has condemned the actions of the Governor and demanded an immediate prosecution of the arrested thugs and their sponsors.

In a statement released on Friday morning, the group denounced the invasion of the Assembly Complex as an ‘egregious crime and affront on the constitution and the rule of law’, insisting that the arrested thugs, who have confessed their ties to the Edo State Governor, must be made to face the wrath of the law alongside their accomplice no matter how highly-placed.

Its statement read in part: “It is a shame that in Edo State today that we have a Governor who is insisting that a House of 24 members should be led and constituted only by 7 members. And to sustain this illegality, he has turned to violence, vandalism, and dark politics.

“While we thought our democracy has evolved and left certain ugly trends behind, Governor Godwin Obaseki, by his actions on Thursday, set us back many years with his flagrant abuse of office, violation of the integrity and expected character of his esteemed position, and the promotion of violence and illegality.

“Our first demand goes to the Police and it is to immediately commence processes for the prosecution of the arrested thugs and their direct sponsors, Mr. Osaigbovo Iyoha and Mr. Kabiru Adjoto.

“Their prosecution will signal to the world that Nigeria is neither home to criminality nor a jungle where appointees of government can break the law at will and threaten law and order through the sponsorship of thuggery, violence, and unfortunate contribution to arms proliferation.” 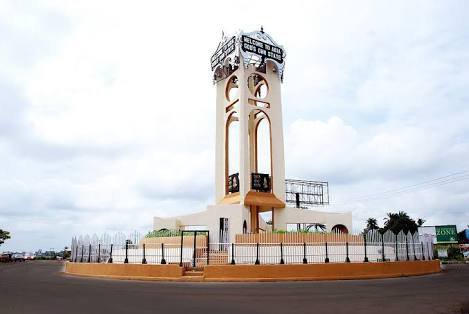 SCORES of suspected political thugs allegedly mobilised by a faction of the APC in Abia State yesterday, disrupted activities at the State High Court sitting at Okpuala Ngwa and stopped the court from sitting.

The activities of the thugs alleged to be supporters of the Donatus Nwankpa faction of the party in the state, had arrived the court premises early in bus and were positioned by one of their leaders in strategic places in the court premises, including the two entrances through which lawyers and litigants enter the court room. They also blocked the narrow road leading to the court which is located in a remote area of Isiala Ngwa North Council headquarters, with one of the buses to prevent those in the other faction from having access to the Court. The leader who directed affairs for the thugs was overheard boasting that the court would not sit.

As instructed by their leader, the thugs who were armed with dangerous weapons, including machete, identified members of Dr. Emmanuel Ndukwe-led executive committee, backed by an order of the court and stopped them from gaining access to the court and even beat some of them, including the youth leader of that faction who had his shirt torn to pieces. The situation degenerated to a level where some vehicles belonging to the Ndukwe camp were attacked and the windshield of a four- wheel Toyota Jeep belonging an official of the camp was broken. Worried by the development, one of the lawyers to Ndukwe camp approached his colleague from the Nwankpa faction to prevail on the people but his effort did not stop them. Sensing danger under the tense and chaotic atmosphere, aimed at frustrating the Court from sitting, the presiding Judge, Justice Collington Okoroafor directed the registrar of the court to take a date with the parties, who after a long argument, eventually, agreed on October 31st, 2018. The matter has been enmeshed in controversies ranging from disparaging the rulings of the court and the Judge; to transferring the case file to another court without the knowledge of the presiding judge and lawyers to Ndukwe faction, an action the Judge has since directed the Court registrar to reverse and return the file for him to hear the motions on transfer and other pending motions before him. Meanwhile, the Ndukwe faction has petitioned the State Chief Judge over the unauthorised removal of the case file which they said was a “criminal obstruction of justice, and muzzling and ridiculing of the judiciary and to pervert the course of justice in our suit”. The petition signed by Ndukwe and other officers of the party, said: “We write to strongly protest the unilateral, fraudulent removal of the case file of our suit no: HIN/4/2018 [Fabian Okonkwo and others vs All Progressives Congress and 5 others] before His Lordship HON. Justice C. U. Okoroafor without due notification, consent and approval of the presiding Judge. “This illegal action, we humbly submit, is tantamount to criminal obstruction of justice and ridiculing of the judiciary with the aim of perverting the course of justice in our suit.” “Please note that the court, by an interlocutory order on May 8, 2018, gave our executive legitimacy as authentic and legally constituted party EXCO in Abia State. Since the order was issued, several motions and counter motions which have been filed are still pending in the court, which were adjourned to October 2, 2018 for hearing.

On the said date, October 2, 2018, the court sat, called up the case and it was discovered that the case file was strangely missing. “The defendants’ penchant for disrespecting judicial orders and processes has been curious right from the outset, when they were served with the suit. They ignored it, and refused to appear in court after three adjournments. The court in its wisdom granted an interlocutory order in our favour. Only then did they bestir themselves into action, which regrettably, was to disparage the honourable court as a “kangaroo court” and instructed their supporters to ignore the order. “Thereafter, they approached the same court they maligned to set aside the order. When that ruse failed, they went to town again characterizing the refusal as “judicial rascality”. To worsen matters, the sacked state APC chairman, Donatus Nwankpa [allegedly] boasted that the matter would be wrestled from the current Judge to “a friendly Judge.

“We appeal to the commission to wade into this unacceptable development by doing a thorough investigation of the involvement of these officers of the law with a view to restoring the integrity and sanity of our judicial system in Abia State in particular and Nigeria in general. We trust in your timely intervention”.

The All Progressives Congress (APC) in Edo State have alleged that some of their members were on Saturday night abducted by thugs of the opposition party, the Peoples Democratic Party (PDP), in Edo.

According to a report emanating from APC campaign office in Benin, the supporters were abducted with two campaign vehicles belonging to the APC after a governorship rally in Illushi, near Ubiaja, Esan South East Local Government Area of Edo.

While three of the abducted supporters, including a popular entertainer, Maleke, and two others escaped, others and the vehicles were yet to be found, the report alleged.

The report further said: “Maleke’s escape did not, however, come easy as he, Jonathan Orukpe – personal driver to the deputy governorship candidate, and Sani Kamil – the soundman, were seriously beaten, and the windscreen of their vehicle smashed”.

“We were beaten, molested and almost thrown into the River Niger by some of the thugs, who repeatedly shouted at us for daring to come to the area, which they claim has been secured for Pastor Osagie Ize-Iyamu, the PDP governorship candidate.

“Before they started, the thugs, one of who is called Lucky, took away our phones, and asked us to sit on the floor. It was when they heard that security agencies have been mobilized that they left, and a woman from the community assisted us to escape”, explained Maleke.

Trouble began at the campaign ground when some of the PDP thugs infiltrated the crowd and started breaking vehicle glasses and chanting PDP with the poster of the opposition party candidate in their hands.

The APC press crew vehicle and some journalists were molested, while some of the campaign vehicles that were parked some distance from the campaign ground were hurriedly relocated for fear of been vandalized, said the statement, which Jungle Journalist received.

Meanwhile, the APC flagbearer, Godwin Obaseki, who described the incident as unfortunate and an act of desperation on the part of the PDP, said the matter has been reported to the Divisional Police Headquarters at Ubiaja, Esan South East.
He, however, noted that in spite of the intimidation, harassment and deliberate provocation, the ruling party remained undeterred, and will go on with its campaigns peacefully.

“Part of my convoy was waylaid, and some supporters abducted into the bush and molested; some of them sustained were hurt. We do not expect this level of violence from the PDP supporters at Illushi.

“We have reported the case at the Divisional Police Headquarters at Ubiaja, and we hope that the authorities will carry out the necessary investigation and get to the bottom of the matter.”

“We appeal to our supporters remain calm and resist any temptation of retaliatory attacks because we are a lawful and peace-loving party. We are not oblivious of their crude politics and plans to perpetuate more violence across the state in order to intimidate us, but we will not be deterred”, declared Obaseki.